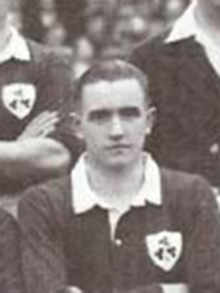 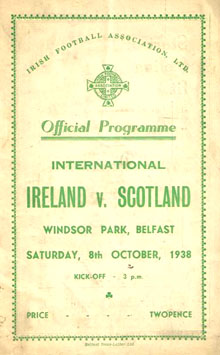 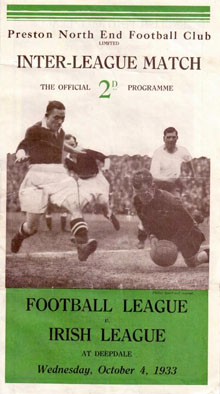 In Joe McCleery’s three years as manager of Dundalk (1926-27 to 1928-29) a total of 90 players got first team call-ups, of which a third made two or less appearances and, thanks to Joe’s wide circle of contacts, the majority of these came from Northern Ireland. For his last game in charge, in the final game of the 1928-29 season, Joe’s latest and last new boy made his single club appearance.

The Dundalk Democrat soccer writer did not attend the game and asked McCleery for his match comments. Reporting on his new outside left, Joe made the following comment: “Coulter, a mere boy, from Minor League club Grovesbank, Belfast, was the most outstanding player on view. His touches were very cleverly done and he carries a great shot. I fancy this boy to go far in the game.”

How right he was—Jackie Coulter was on Belfast Celtic’s books for the following season, became a Celtic Legend, was capped 11 times for Ireland and was transferred to Everton in 1933. By then he had made nearly 150 Celtic appearances, scored over 60 goals and collected every available Irish League trophy.

His single Dundalk appearance, at the age 17, was at Dalymount Park on May 1st 1929 in a Shield game against Bohemians, with the home team winning 1-0.

He played at outside right and Joey Donnelly was his inside partner during Celtic’s 1932-33 Irish League Championship victory.