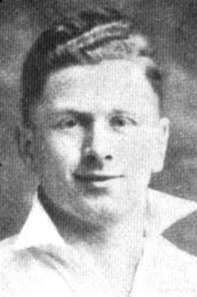 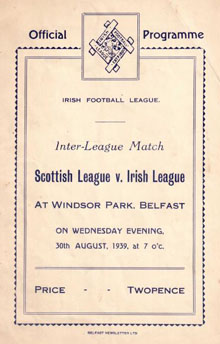 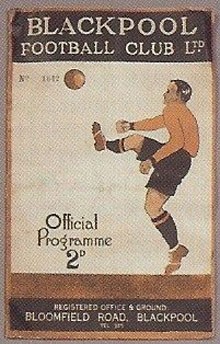 After spending two seasons with Liverpool as an eighteen-year-old, the home-sick left-winger Jimmy Kelly returned to Derry where he made his debut in October 1930. Liverpool were extremely reluctant to release him and stipulated that they would receive half the fee if he ever signed for another English club.

Except for war-time spells with Shamrock Rovers and Dundalk, he spent the next 20 years at the Brandywell. His final appearance with the Candystripes came in Jan 1951. His deeds during those twenty years, including scoring 380 goals, made him a Derry legend. Born in Ballybofey, Donegal, he was capped by both Northern Ireland (11 caps-4 goals), and Ireland (5 caps-2 goals).

In his one season with Dundalk he was the club’s leading goal scorer and he added two Inter League appearances to the 15 he had already gathered with the Irish League—dating back to his first appearance in 1931. Wherever he played the crowds turned out to see him, but in a poor Dundalk season, his only reward was a runner-up medal in the Shield.

The magic of his performances for that single Oriel Park year was still fresh ten years later when Dundalk supporters voted him as the best left winger to play with the club in its first 30 years in the League of Ireland, selecting him on their ‘Best Ever Dundalk XI’.

He returned to his adapted city for one last hurrah when in 1949 he added an Irish Cup medal to his collection, after Derry City won their first Irish Cup defeating Glentoran 3-1 in the final.

After playing his last Derry game in January 1951, he finished his career with spells at Coleraine and Ballymena United.

Jimmy clearly had his personal priorities right. In a January 1947 League game against Shelbourne, played at Milltown, which Dundalk lost by 6-2, he left the field with 15 minutes remaining, leaving the team to finish the game with ten players. The explanation offered by the Dundalk Democrat’in its match report on the following weekend was “Jimmy was anxious to make the 5 o’clock train back to Derry”!

Even if the rest of the team were duds, it would be worth while to go to Oriel Park just to see Jimmy Kelly. Here we had the artistry of a great player … beating defenders at ease …consummate ball control … his centering and shooting were perfection … his crosses were always potential goal-makers …” Democrat