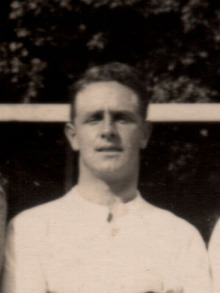 Previously with Drumcondra and Newry Town, Jimmy Kelly was an ever present at left full back for the 1929-30 season and for the opening seven matches of the following season, always with Johnny McKeown as his full back partner.

He scored his only goal for the club in a Leinster Cup game against Bendigo, but a throat injury in the same game put him out of commission. Former full back Gordon McDiarmid was recruited to take his place and by the time Jimmy was fit to return to duty McDiarmid’s form kept him on the side line.

A very popular player, there was much regret when Jimmy sought his release. He later turned out with Bray Unknowns.