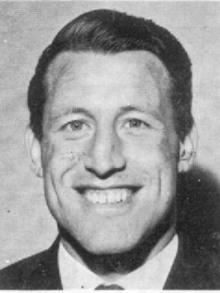 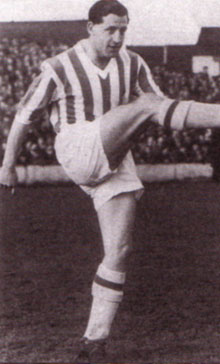 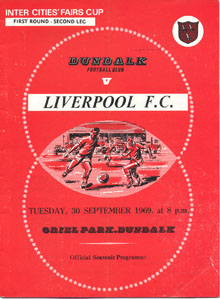 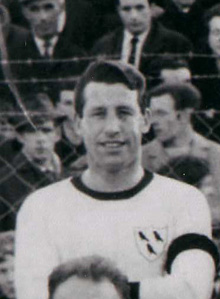 By early December 1966, after 21 games, Dundalk’s most successful season start in years had already yielded victory in the Shield, runner up in the City Cup and five opening League victories that had yielded 17 goals. The last thing the supporters expected was the arrival of another striker.

Derek Stokes, in eight English League seasons, had been responsible for over a century of League goals and he joined the already potent Hale, Turner and Hannigan in a surfeit of goalscorers. A brace on his League debut against Waterford and a hat-trick a week later against Drumcondra in the Leinster Cup confirmed his credentials and ensured that nobody could expect automatic selection for the remainder of the season.

Very strong in the air, he could outjump most defenders, was a superb finisher, and could hit the ball on the turn or in full flight. By the season’s end he had League Championship and Top Four Cup Winner’s medals on his mantelpiece and contributed 17 goals to the club’s all-time season record of 111 goals from 49 games, an average of 2.3 per game.

His strike rate dropped in the following year but in 1968-69, with Turlough O’Connor on board, and Paddy Turner on song, the team strike rate improved to almost 2.5 goals per game with 109 goals from 44 games.

Derek’s 27 goals from 43 games included scoring in each leg of the European Fairs Cup win over DOS Utrecht and a brace in the St Patrick’s Day 5-2 win over Shamrock Rovers in the final of the Dublin City Cup.

An excellent and alert target man, he proved the perfect foil for O’Connor and Turner, and between the three of them they notched up 72 season goals. Derek’s 27 goals secured the Supporters’ choice for the Player of the Year Award.

In his first three seasons the club had scored over 300 goals—a golden era for goals and scorers. During the later stages of the 1969-70 season he was with Drogheda.

Derek had joined Bolton Wanderers straight from school, playing with their Reserve team, but he soon tired of all the travelling. He joined Bradford as an amateur from West Yorkshire League team Syndale Road Athletic in May 1956.

Making his first team debut on his 18th birthday against Crewe Alexander, he scored twice and shortly afterwards became a member of the full time professional staff.

His third season at Bradford attracted the attention of bigger clubs, after scoring 25 League goals and setting a new club FA Cup club record with 10 goals from 8 appearances when City advanced to the fifth round.

In June 1960, as part of an overall deal valued at £25,000, he ended up with Second Division Huddersfield Town, shortly after Denis Law had transferred from the ‘Town’ to Manchester City. While on National Service he represented the RAF against the Army, and played for an FA XI also against the Army.

He was the club’s leading scorer for his first four seasons at Huddersfield and in 1962-63 he got four call ups to the English Under-23 team. One of his most memorable club occasions was on the debut night of Huddersfield’s floodlighting system.

In a 1961 FA Cup replay against First Division Wolverhampton Wanderers, before an attendance of 46,000, Derek scored the first ‘floodlit’ goal within three minutes sending the home team on the way to a famous 2-1 victory. < /p>

His second spell at Bradford was not so successful and he was sent to Dundalk on loan. Shortly after his arrival at Oriel Park the move was made permanent for a fee of £1,500.

After his short 1970 Drogheda stint he retired from football and returned to England, working on the South Coast as a golf club steward. At golf his lowest playing handicap was 8 and he was also a very handy tennis player.

Glasgow Rangers matchday programme: “Has dash and superb finishing … among the most feared centres in Ireland …. No fuss or palaver …. Can outjump most defenders …. Can hit it on the turn or full flight.”